Shabu Shabu is a very popular Japanese dish in Korea. The recipe listed here is a Korean version – which means rice, garlic and chili pepper are involved. 🙂 Similar to how I came to develop my own recipe for Yache Twigim (because no restaurant served this dish),  I developed this recipe over the years because I have not yet found any restaurants in my area that serves this dish the way I like it.

The best Shabu Shabu I ever had was in a pheasant farm in Cheju island many years ago. It was made from pheasant stock and paper thin slices of pheasant meat.  It was just unbelievably tender and delicious. I haven’t had anything similar ever since but this beef shabu shabu is a good substitute.

This dish is one of my family favorite and I love it because it is really easy to prepare and cook. It is also very nutritious and very diet friendly. Can’t get any better than that…

So here’s what you need for 4 people:

It works best if you have an electric hot pot (cooker) like the one below.  Besides the rice cooker, this is probably the best electric appliance to have for cooking asian dishes. When you buy an electric hot pot, make sure it can reach high temperatures (above 450 degrees) which means it will boil quicker. If you don’t have a cooker, you can just cook it in a pot on the stove and eat as you cook.

Luckily, we have a Japanese grocery store nearby and this is how they sell the shabu shabu meat. It is paper thin and has very nice marbling to the meat. Hopefully you can get beef of this quality in your neighborhood. The important thing is to have the meat sliced really really thin (it almost tears apart when you pick it up) and then to select meat that has good marbling. Otherwise, the meat will taste too chewy and tough when cooked.

Here are two different kinds of yam noodles. They both work fine. Their taste is really not any different – there’s actually not a lot of taste to these noodles. The noodles are eaten more for texture and they are zero calories! Can’t beat that!! These noodles work great in soups because it does not thicken the soup at all and their texture remains chewy (al dente) no matter how long they are cooked.

For the soup stock-

For the jook (porridge) –

1. Prepare the soup stock by first making the anchovy stock on the stove.  Add a piece of sea kelp (다시마 Dashima) at the end and simmer for 5 more minutes.  If you leave the sea kelp in the stock too long, a milky sappy stuff  starts to come out  from the kelp. This doesn’t really affect the taste but it makes the soup cloudy.

Season the soup lightly with some salt, soy sauce and Memmi. Taste the soup and adjust accordingly.

Strain the anchovies and the sea kelp and add the stock back into the pot and keep it warm.

2. Clean the vegetables and cut them. Here are some quick pics on how to cut a napa cabbage.

Slice the onions thinly. Cut the green onions into 1 1/2 inch lengths. Slice the carrots into thin slices so that they cook faster. Clean the spinach and cut off the roots. If you can, buy oriental spinach because it doesn’t get as mushy as the common spinach when cooked. Oriental spinach/Japanese spinach/Korean spinach is usually smaller, have longer stems and have pointier and flatter leaves. Rinse and cut off the roots of the enoki mushrooms. You can substitute fresh shitake or oyster mushrooms or use dried reconstituted shitake mushrooms instead of enoki.

Put all the cut vegetables onto a large platter so that they are easy to reach when cooking at the table.  The spinach and cabbage reduce a lot in volume when cooked so you should have more cabbage and spinach prepared than what you see in this picture.

3. You are now ready to cook and eat. Hopefully the table setting is done by now…you should have a small soup bowl and sauce dishes for each place setting. Transfer the warm soup into the hot pot. Turn the heat on high and when the soup is boiling, take off the lid and cook the meat first. Add about 2-3 pieces of meat for each person. Because the meat is so thin, it cooks almost instantly, so be prepared to take it out when the meat is no longer pink.  Serve the meat into the bowls and let everyone dip the meat into one of the 2 sauces (pon or goma shabu) and eat them.  Reserve about 1/3 of the beef so you can cook it with the vegetables.

4.  It is now time to cook the vegetables with the meat. Don’t put all of the vegetables into the hot pot at once. Divide the vegetables into 2 or 3 parts and cook them in 2 or 3 batches. Otherwise, they will take too long to cook and people won’t be happy.  Add a few pieces of the meat, and some of the carrots and onions first since they take longer to cook. Cover the pot and let it come back to a boil. Add a handful of spinach, cabbage, yam noodles and cover and bring back to a boil. Finally, add the green onions and mushrooms.

When the vegetables all become soft then they are ready to eat! Turn down the heat to low when everything is cooked to keep things warm. Serve the vegetables and the meat but not much of the soup because it will be used later to make the porridge. Turn the heat back up to high to cook your next batch of vegetables and meat – repeat step 4.

5. After everyone has had a good share of all the vegetables and the meat, (it’s good to have some leftover meat and veggies in the soup) you can begin to make the jook (porridge).

To the soup, add some cooked rice and bring it to a boil.  Make sure you have the right amount of soup for the rice – the rice should be fully immersed in the soup with some soup leftover. But if the rice is too freely swimming in the water, you may want to take some of the soup out. You can always add more back in.

Once the rice starts to bubble, season the porridge by adding the chopped garlic, black pepper, chili powder, pon shabu sauce and the salt. Add less,  taste and then add more.

If you have fresh perilla leaves, you can slice some of them and add to the porridge right before you eat.

So what are these brownish seeds that you see on top of the jook? They are the seeds of the perilla plant – a cousin of the white sesame seeds that you commonly see. They are very fragrant and flavorful and I love how it adds a little extra punch to the jook.

Well, that’s how you can make shabu shabu at home, Korean style. It is delicious, wholesome, pretty diet friendly (except for the beef), full of vitamins, gluten free and quite easy to cook. Most of all, it is something that you can really enjoy cooking and eating together with your family or friends.

– substitute noodles for the rice. Use fresh kalguksu or udon noodles.  Seasoning is similar to the one used for the rice. 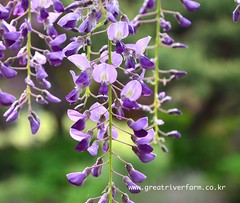 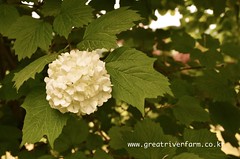 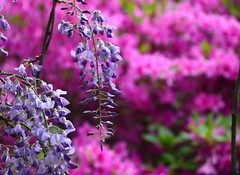 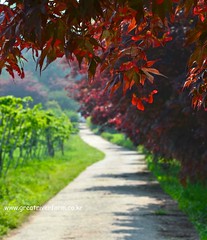 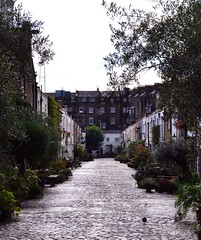